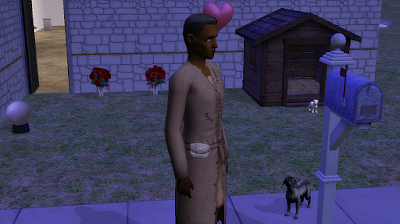 Shannon still couldn't believe he was home, finally out of jail and with his family. 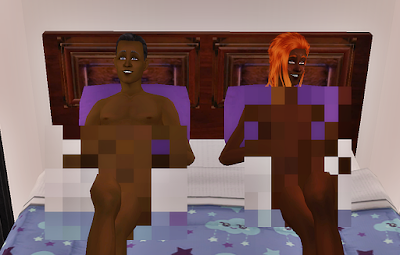 Rose was glad to have her husband back as well. Thankfully he didn't miss a whole lot of his childrens life. 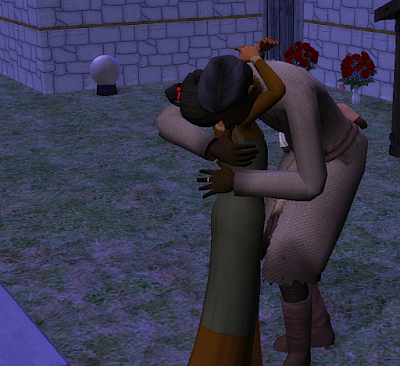 Shannon and his daughter were still getting to know one another and becoming friends. 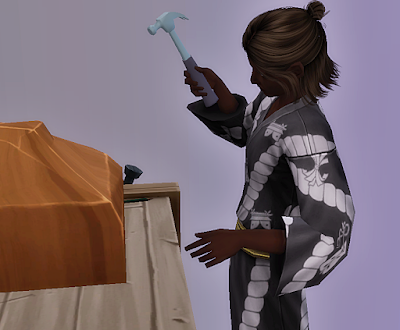 Shannon was pushing his son to follow in his foot steps and work on the woodworking bench. 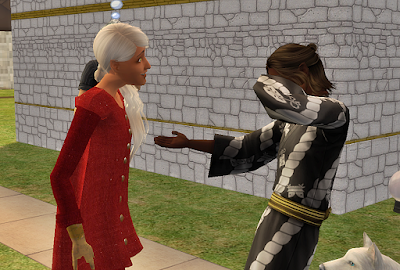 Krea had been interested in Isaias since her adopted sister started dating him.. She knew Hadwisa was cheating on him and decides to tell him. It was now or never if she was ever going to have a chance with him.
"Thank you so much for telling me Krea.. You are a great friend." 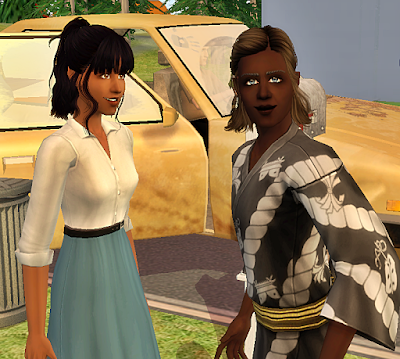 Isaias invites his girlfriend over to confront her about the information he has learned.
"Are you pregnant Wisa?!"
"Wha- How did you find out?"
"Don't worry how I know. I can't believe you. I loved you." 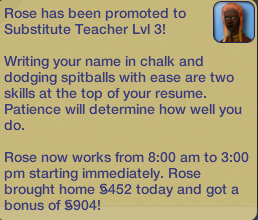 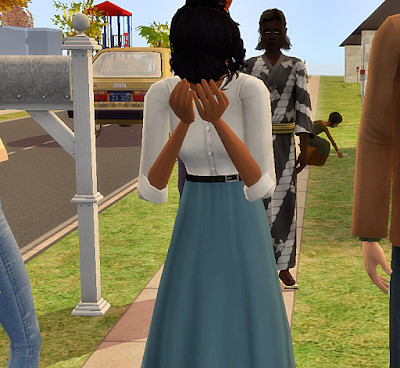 Isaias breaks up with Hadwisa. She runs home crying, wondering how her secret got out. 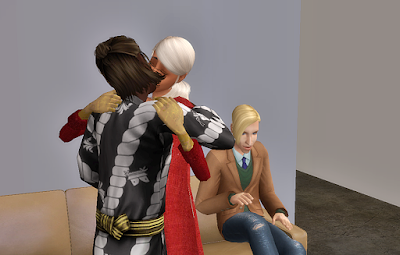 Krea, who was hiding in the house through the whole conversation runs to Isaias when he walks in.
"Wha- what happen?"
"I broke up with her. I won't be made a fool of."
"I would never do that to you."
Isaias takes the hint and kisses Krea sweetly. 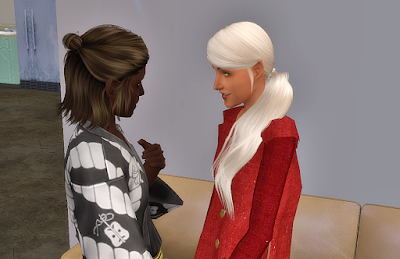 "Y'know what, I believe you. Will you be my beloved?"
With a big cheesey smile Krea says yes. 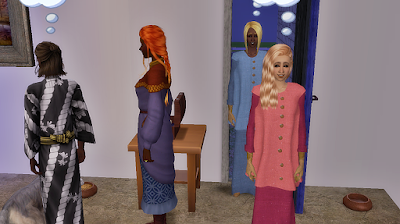 Unknown to Rose that her son was with another already, Rose invites her best friend Resa and her eldest daughter over hoping to set her son up with a good girl from a good family. 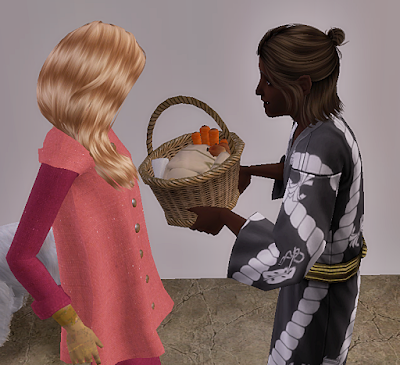 "So... My mom said to give you these knives I made for you new house... They WERE for me I guess you can have them."
"Uh listen kid, I don't see you that way okay. Keep them."
"Thank watcher! See ya." 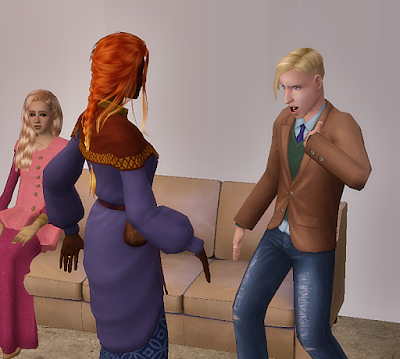 The get together continues with little issues, not to include the men of this town attacking Rose for some reason. 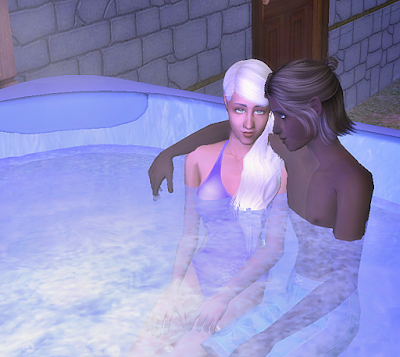 Isaias sneaks out to the hot tub with his girlfriend just talking about life and everything that has happen in there lives. Isaias really liked Krea. 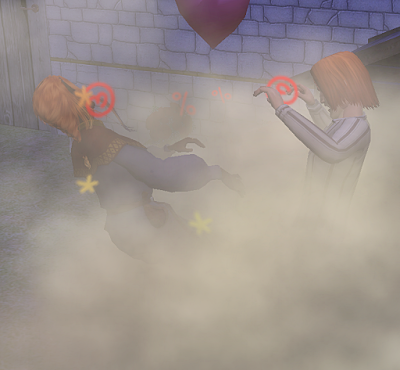 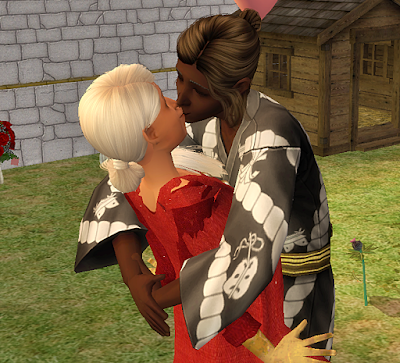 Krea made it a habit of being here every day, home life wasn't so nice for her Hadwisa quickly found out who told and had been bullying her. With both her parents in jail she now had no one. They were also turning her brother against her. 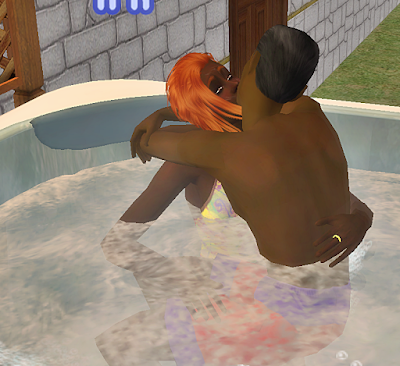 Rose and Shannon were also rekindling. 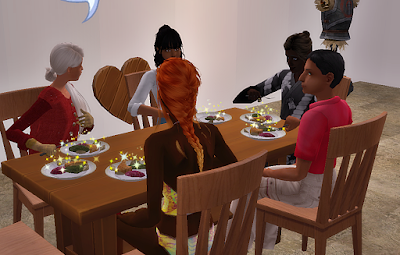 Family dinner was awkward this night.. Hadwisa showed up out of no where.
Hadwisa: "Of course Lady Rose, I understand wanting whats best for your son.. But would you really want a boyfriend stealer as a daughter in law."
Krea *Under her breathe*: Better then a common whore. 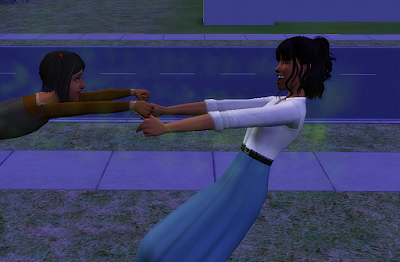 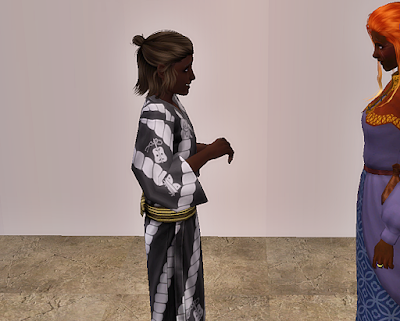 Isaias had become very taken with Krea and often snuck out with her, this time he ends up getting caught by his mother. 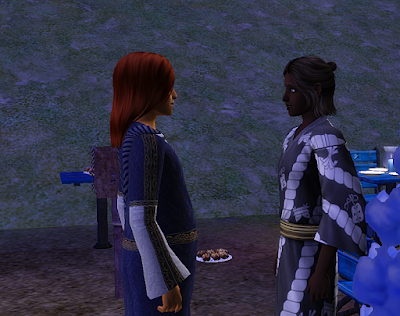 Isaias does end up being able to go out but the next day. He heads to the park to meet up with some of his friends. It had been a while since he had seen his best friend Hammy. He looked good. 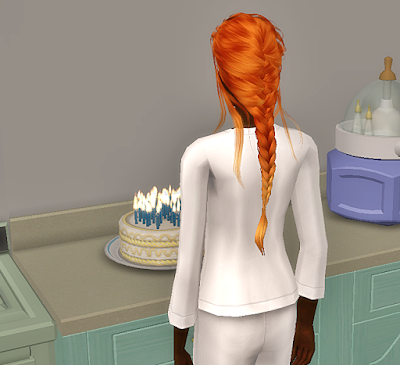 Isaias couldn't stay long as it was his mothers birthday. 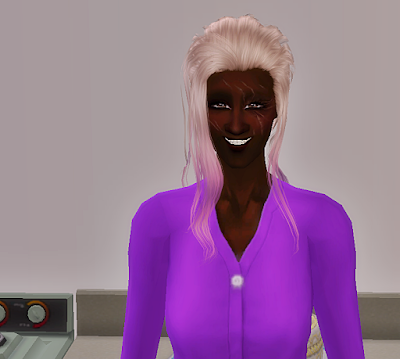 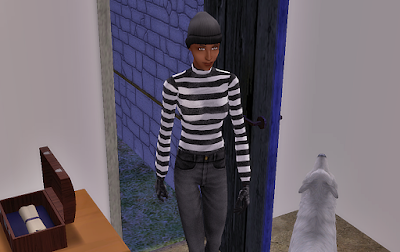 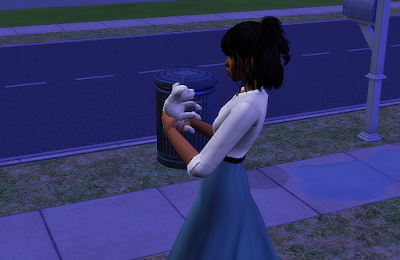 The end of the month came to a close with Hadwisa hiring a woman to rob them so she could still there puppy.