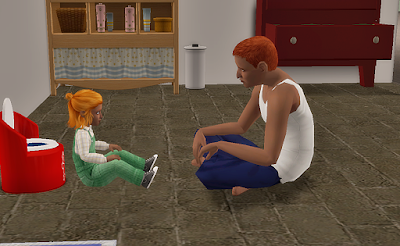 You ever feel like you were in a calm before a storm? 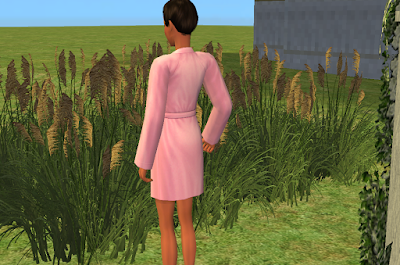 Like at any minute everything could go up in flames? 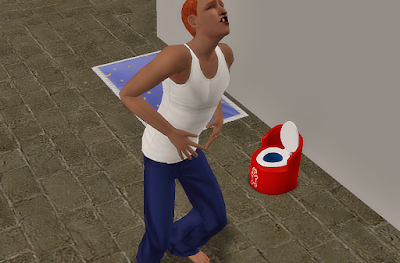 The events were bigger then the birth of an alien birth in the neighborhood. 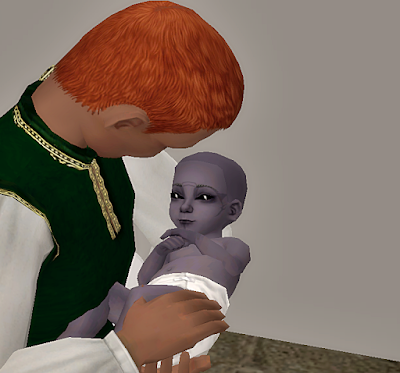 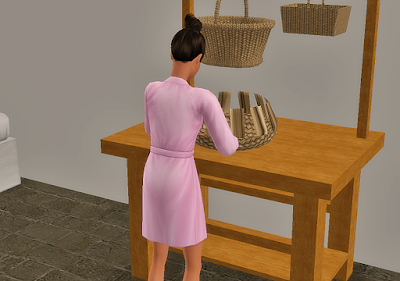 Bigger then my new hobby of making things with my hands. 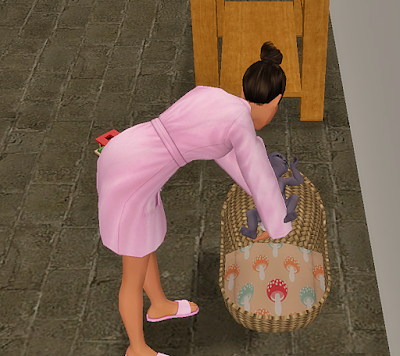 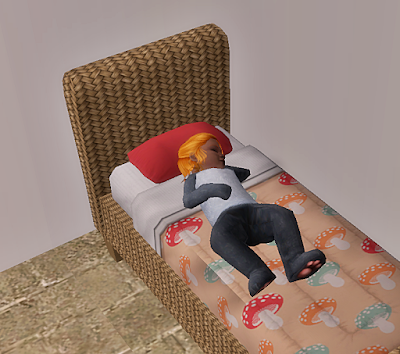 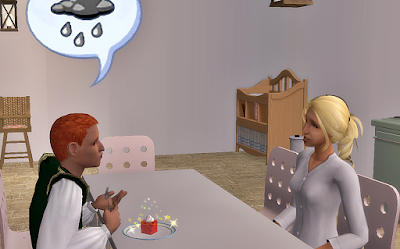 I wasn't the only one that felt this storm coming.. I often heard my parents talking about it. 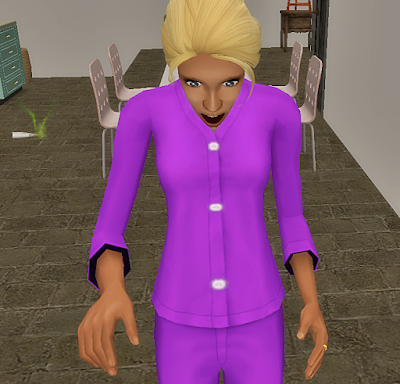 One thing I couldn't deal with was my family.. Pregnant, again.. We were poor... We lived in a small house... And now we were having another child. I had to go away. 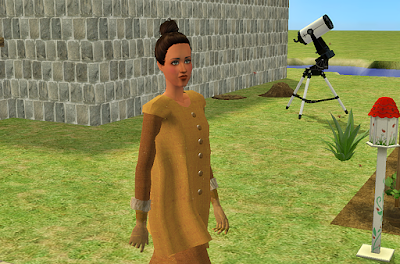 I head out to the park, taking lucky the dog with me.. I had been to the park 100 times but something was wrong.. I felt uneasy. 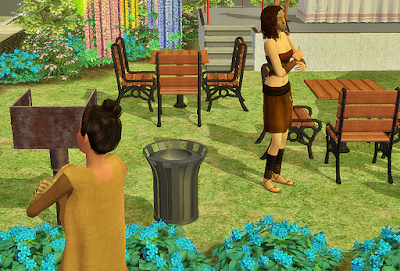 Good thing I brought Lucky.. A raider woman was spotted at the park.. She looked suspect. 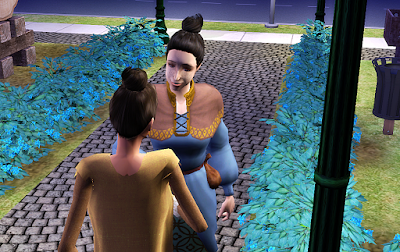 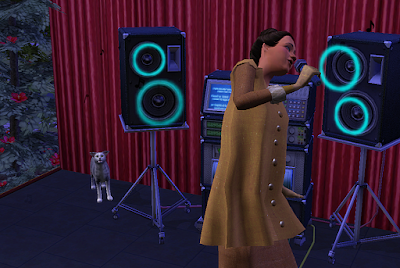 I try to ignore my fears by performing for the sims at the park.. 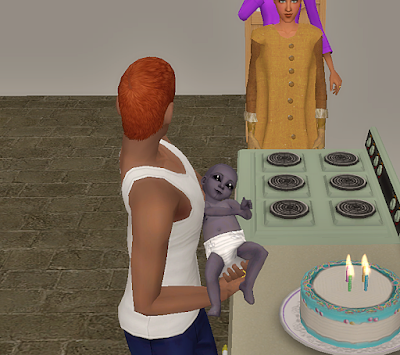 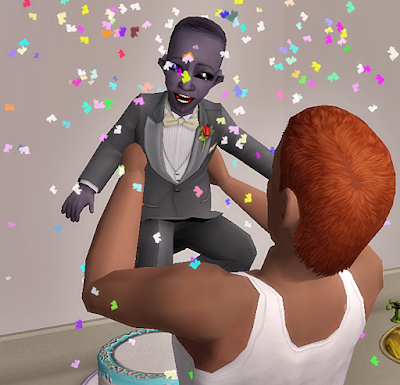 I thought maybe this uneasy feeling in my body was just the uneasiness of my alien brother being born.. I was wrong.. 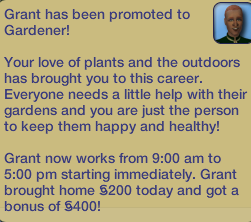 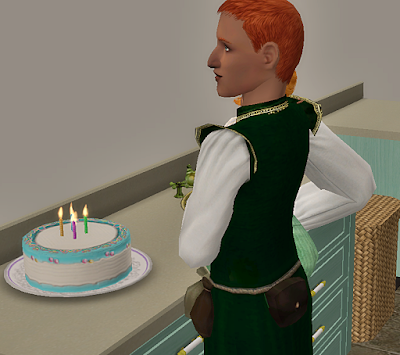 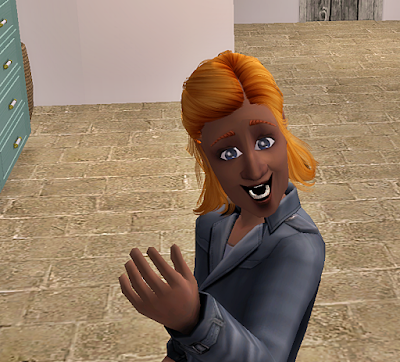 When I talked to my brother about it he brushed me off.
"You are so silly sissy.." 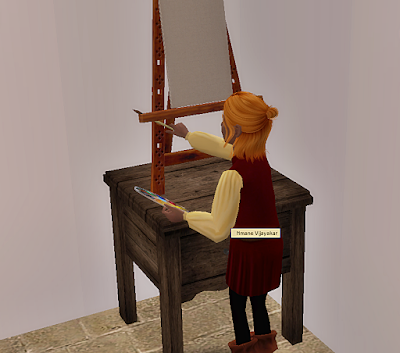 Maybe it really was just me.. 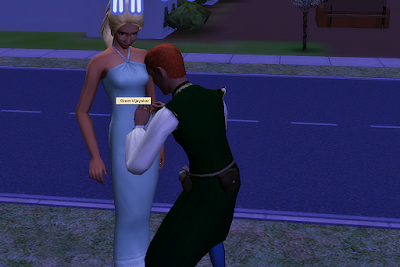 I hoped a job would keep my mind off of everything but I honestly doubted it.. I needed to talk to my friends about it.. Maybe they felt it too.