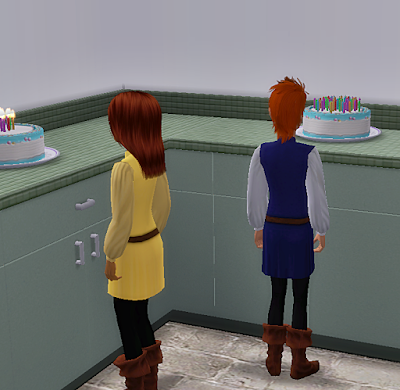 Later on in the month it was time for the youngest twins to grow up into young men. Everyone gathered around to cheer them on. 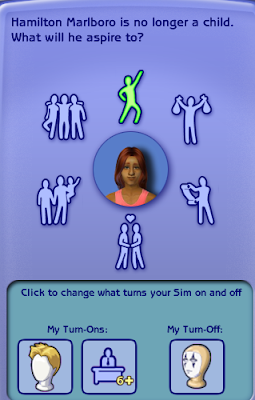 Hamilton was first.. He rolled Pleasure. He wanted to top adventurer but it was looking grim. 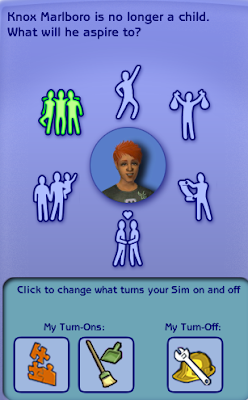 Knox was nice, He rolled Popularity. He wanted to top natural science and with this beings a farming town it was very likely to happen. 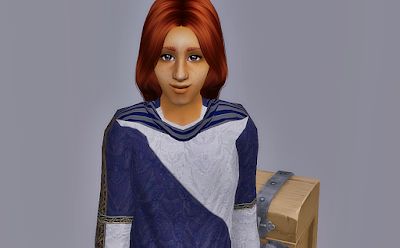 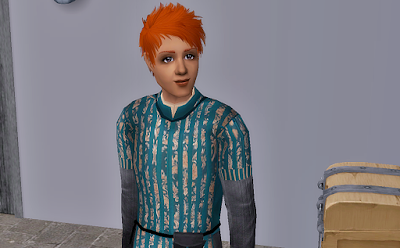 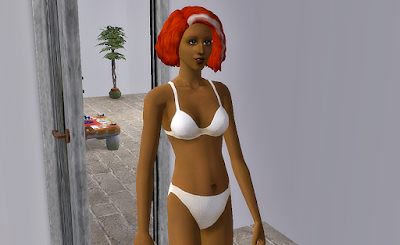 Soon after the birthday party, Tiffany found out she was with child. She was a little worried as it was happening very late in her life but all she could hope for was healthy children. 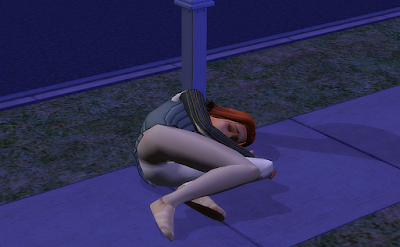 Tragic somethings happen that night. Owun, surprised by his mom being pregnant and having a weak heart.. He just couldn't take it. He lays down on the ground curled up hoping someone comes to find him before it was too late. Unfortunately everyone was in the house enjoying the party and no one found him in time. The news hits the house hard but it hits Hamilton the hardest. His older brother was his best friend and always looked out for him. Hamilton paints a sad painting in honor of his brother. 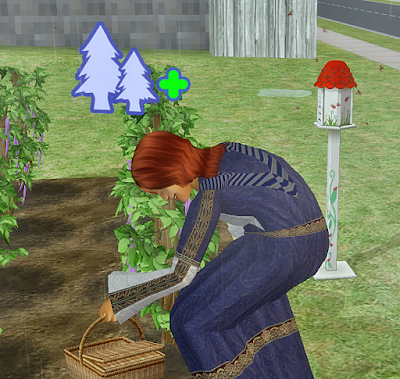 Ham takes over the gardening duties. It made him feel closer to his brother as he was always out here.

It wasn't all bad that night. Roger was at the town prom with Tille and they had won best couple. His heart broke and his high was ruined when he finds out his brother was dead.