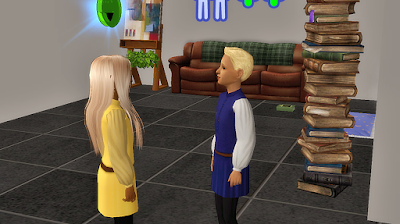 With the boys now of a decent age to care for themselves the Zarubin had more time to make some money. Resa brother only came with 1000 coins in his pocket and that wasn't going to feed a family of 8. 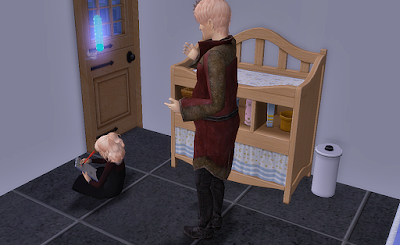 Jess was living in the moment of a time when only one child was bringing home homework. It would very soon change as the quads first day of class was the next day. 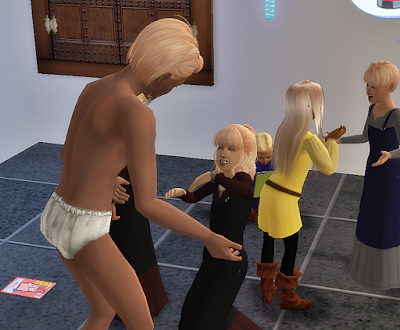 Jess often looked sideways at his wifes brother, he was an odd fellow who often walked around the house in nothing but his underpants. He knew it made the kids uncomfortable but every time he brought it up to his wife she brushed it aside with "That's how he is. He is very comfortable." 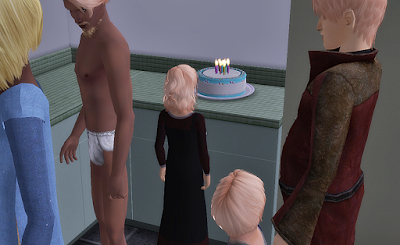 The dreaded day came for Suky to become a teenager. Jess was not excited for this day, it meant his daughter was a step closer to becoming married off. 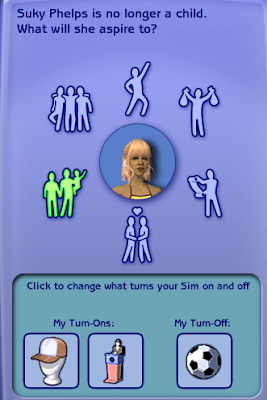 As everyone excepted, his daughter became a family sim. She had always been helpful with the quads he didn't see how she could've rolled anything else. 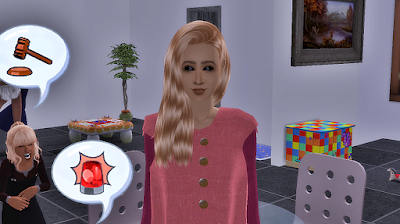 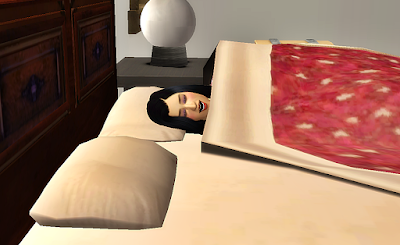 That morning for Katelyn wasn't so grand, she was tossed and turned all night thinking of the choice she had to make. She knew one thing for certain, she was no longer a whore. Hell she had hardly been one to begin with. She had only given herself to one other man that wasn't her husband.. And now she had to decide between two men. 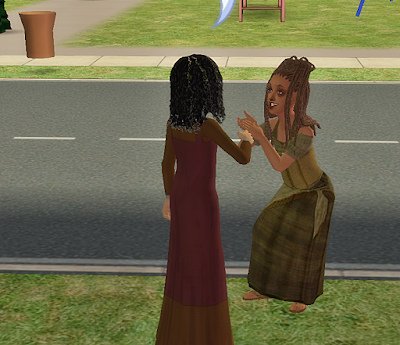 Aliss and Torny were actually good friends. Pong had made an arrangement with the Raiders to keep the peace for his family. His daughter was to marry their son when they both came of age. Idunn was happy to have an actual friend in town that she didn't have to spy on. 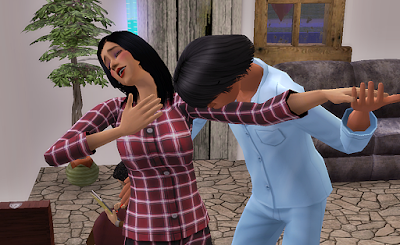 This was the last night Katelyn had to decide who she was going to choose. Pong was not making the decision any easier with his sly words and sweet kisses. He was wooing her but she knew her heart truly belonged to another. 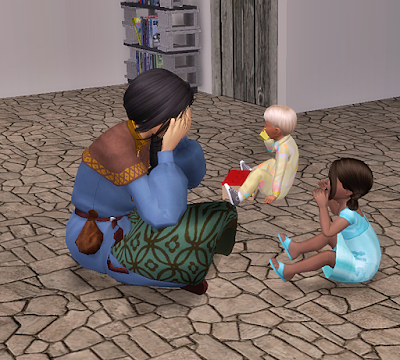 Katelyn spent her last night playing with the little girls she had helped raise. She would surely miss them when she moved out of her home. She would miss them as much as she missed her oldest daughter now.